Why Lighting Matters: A Conversation with James Bedell

James Bedell is a New York based lighting designer whose work has spanned private residences, large events, corporate retail outlets (Abercrombie and Fitch, for example) and everything in between. His mission, both personal and professional, is to awaken consumers and businesses to the aesthetic and practical benefits of truly valuing and paying proper attention to lighting design in any space. Sustainability is another core tenet of Bedell’s approach, and so LED lighting is a solution he employs regularly for its efficiency on all fronts: energy usage, life span, aesthetic versatility and function.

I recently had a very, ahem, illuminating conversation with Bedell about his passion for lighting, which he exudes with cheerful, knowledgeable and downright infectious enthusiasm. A self-professed “college theater geek,” Bedell found himself intrigued and inspired by the way lighting could affect and enhance stage production at a young age. “After lighting several shows, I just fell in love with it,” he says.

As a professional lighting designer, Bedell soon saw that most spaces did not incorporate the multifaceted approach to lighting he found necessary to fully reveal the best features of architectural or interior design. “People will say that lighting is important, but it is actually really rare for a building to have a dedicated lighting designer. That’s because we have a narrow idea of what great lighting is in most applications,” says Bedell.

To open up this limited perception of how to use lighting, Bedell champions the following three cornerstones in his approach:

1. Layering: “Great lighting needs to be layered,” says Bedell. “Don’t just think about one source of light in a space, like ambient or down lighting, or a decorative fixture. Think instead about multiple points of light; when you have several different elements it creates texture.”

2. Theater Inspiration: “The approach in theater lighting is to think about complete spaces, and to use light to draw attention to spaces that are most important. The same idea can be applied at home, in an office or building,” says Bedell.

3. Architectural Lighting: Bedell has found that most home owners or designers focus on the beauty of lighting fixtures, like pendants and chandeliers, without paying attention to what the illumination from those fixtures is actually accomplishing on a functional level. He believes architectural lighting—lighting that highlights the inherent lines or physical features of a space— “is necessary to create a “well-layered set of lighting applications. It’s important to give the visitor a visual description of the space. Cove lighting, grazers and under cabinet lighting is great for this,” he says. 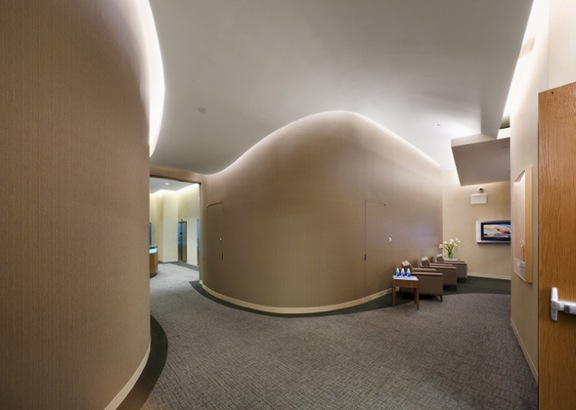 Bedell is also a big believer in LED lights, asserting that they are often “the best tool for directional lighting, cove lighting or strip lighting because they last so long. You know you wont have to touch your lighting design for 10 years once you install it.”

For those looking to incorporate LED strip lighting into their home, Bedell recommends under cabinet applications in kitchens, as well as placing lights inside of glass cabinets to highlight what’s inside. Additionally, “I’ve always wanted to try back-lighting the wall behind a hung TV with LED strip lights,” he adds. “I find huge TV screens are so bright and looking at them is tiring on the eyes. If you were to create some light behind it, it would potentially reduce the contrast and make watching TV more pleasant, while also making the TV feel more like a part of the room.”

Bedell offers a Virtual Lighting Design service, which allows anyone from anywhere in the country to benefit from his lighting design expertise. “For a flat rate, you can send me photos of any room or building and I can consult to provide you with sketches, plans and specifications for creating great lighting design in that space,” he says.

I don’t know about you, but I’m more inspired than ever to pay attention to the power of light—and I might even try that back-lit TV screen idea. Stay tuned!