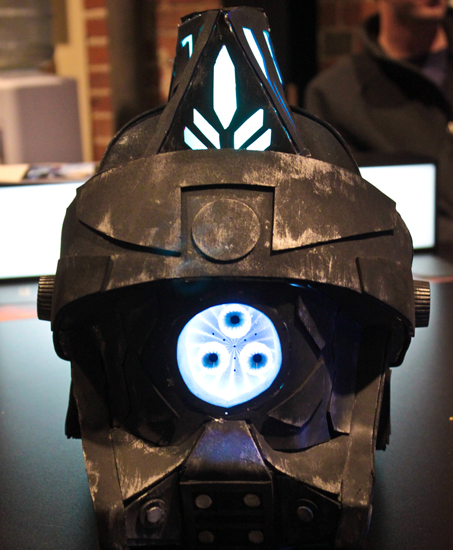 To customize his helmet, Bret used the following components from Elemental, and some of his own tools and materials:

For the helmet lights, Bret used 9 inches of High Density RGB Strip Light running around the ‘eye’ of the helmet and 6 inches of Flexible RGB Strip Light mounted within the mohawk. The lights are controlled by the Mini RGB Color Controller, which it was important to mount so that Bret could access the small white button on it that allows him to change the color, and the fade/strobe patterns. It turns out that the color controller fit nicely along the left chin area of the helmet. 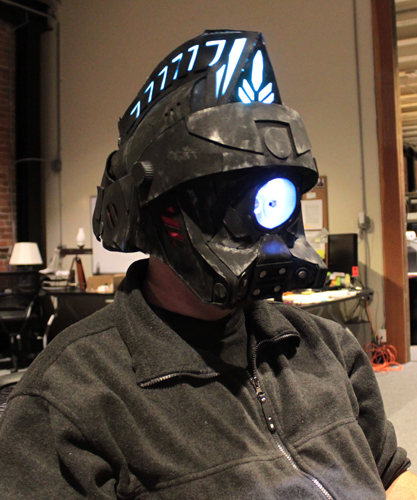 Bret was able to wire both of the strip sections to the Mini Controller by cutting the 1 Meter RGB LED Strip-to-Strip Extension Cable into two pieces, then stripping the four wires on each section and connecting them together (matching the colors) to the single controller. He also wanted to make sure there was room for the 9 oz. Battery, so he built a compartment on the back of the helmet for it.