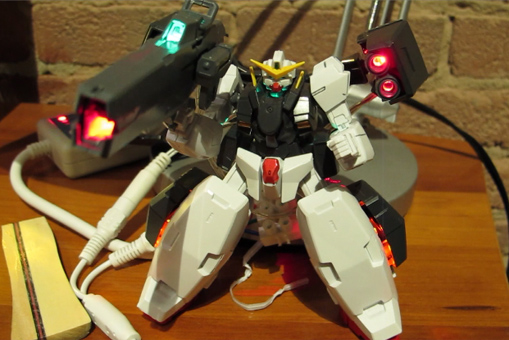 Our Customer Service Representative James Chau is a big anime fan. He has been watching "Mobile Suit Gundam 00" ever since its debut in America on the SyFy Channel. It has always been a childhood dream of James to elevate the art of Gunpla, also known as the practice of making Gundam models. There is an enormous demand for model kits to include LED's to bring these characters to life. Since options from retailers are very limited like this green Gunpla LED unit, James used our BLAZE™ 12V LED Tape Light to light up his Gundam Virtue model. 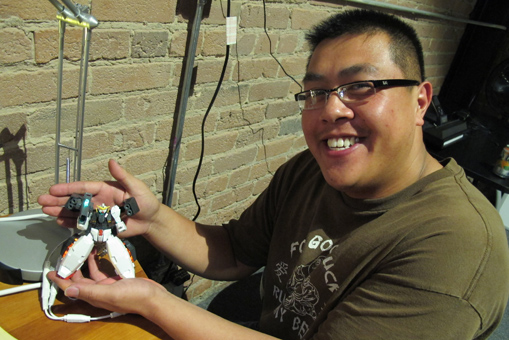 This was his process:

1. Watched anime cartoon series religiously for reference details. Purchased the model accordingly to what I wanted to build.

2. After building the model, I had to strategically plot my wires within the model as much as possible to conceal everything.

3. At this point I drilled holes and ran 24/2 wire throughout the limbs. Using my selected LED strips, all at 1 inch pieces, I soldered wires to the strip and applied them to the locations accurate to what I saw in the anime cartoon.

4. After reassembling the model and having all wire leads available at the back of the model. I connected the LEDs for the weapons to the color controller to create a firing effect. All other lights are solid state as to match the appearance of the cartoon series.
Materials Used:
+ BLAZE Tape Light in Green, Red, and Amber
+ Wiser Color Controller
+ DC Splitter
+ Flexible LED Strip Light Splice Connector
+ Gundam Virtue 1/144 scale model

Below is a video to see the custom flashing lights of the weapons in action - a true resemblance of Gundam Virtue.